« Tenement champions
Learn how to garden »

South Seeds were approached by Yasmin Mann a resident living on Bankhall Street in Govanhill about getting other residents involved to improve a communal area in the centre of the block and behind each backcourt drying green. 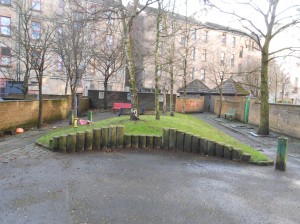 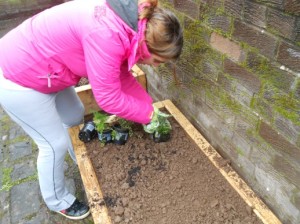 South Seeds worked with Yasmin to design a questionnaire which would gage weather residents were interested in getting involved in improving the space and using it as a growing area. We knocked on every door along the four streets which make up the block: Bankhall Street, Holybrook Street, Allison Street and Cathcart Road. The local residents were keen for improvements so the space would be used more and showed an interest in food growing. 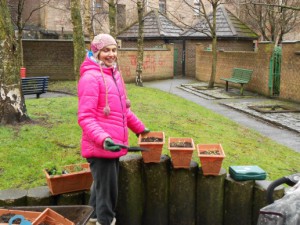 On a cold day in February we gathered together local residents to install a raised bed, to create a food growing area. Despite the poor weather conditions residents came down and we all worked together to fill the raised bed with rubble, top soil and compost. We sowed cabbage and broccoli seeds into windows boxes, which residents took away to look after and bring on.

The following month, we ran a follow up event where we installed a second raised bed. We planted out Fennel, Rosemary and Thyme in the raised bed. 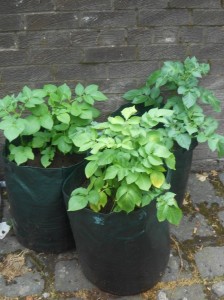 In April we supplied the residents with growing bags and seed potatoes which they planted and the following month earthed up as the potatoes came through.

There are now currently five active residents who are maintaining the raised beds and grow bags. The first signs of a good harvest are beginning to show. 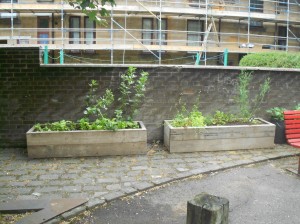 Building a garden with local kids

Save energy with the right lightbulbs